The Petticoat Polemic: The Role of the Organisation in Bullying 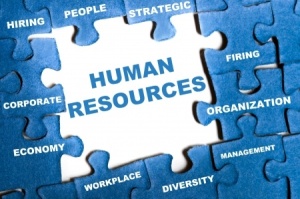 Women and workplace bullying. This continues my series, please see the previous posts: Bitch or Bully?The Pink Elephant, The Lipstick Jungle: Female Saboteurs and Mascara Mafia:To Debate or Not?

The role of the organisation
This research project has been eye-opening in many ways. So many interesting and contentious points have been raised that it has taken me a while to synthesise them. What do organisations do about this phenomenon? Answer – not a lot!

Human Shield
Organisations it seems are lucky. If they don’t insist on a gagging order as part of a legal settlement, many of the victims who contacted me wanted to protect the identities not only of the perpetrators, but the organisations they worked for. Repeat offending is therefore allowed to go on. As Annabel Kaye told us, despite workplace ethics handbooks the size of a telephone directory, many bullies are not tackled by organisations until the 6th offence. I expected naming and shaming – but not at all. That surprised me.

Additionally when coaching was sought out some programmes encouraged “moving on” from the experience and “letting go”. Although I can see some logic in that for the individual, it may not be helpful to avoid repetition in the future. So even more indirect organisational protection!

Anger at HR
Another ongoing complaint was about the perceived passivity of HR professionals in any support process, to the point where many felt it bordered on enablement.  One important factor to remember is that HR departments work for the organisation – not you.

To give HR professionals a chance to respond and to let us all know where they all were while this bullying was going on , I started a discussion on LinkedIn. The main charge was specifically the need for a formal complaint before any mediation took place. This also produced interesting feedback. Why? Well it seems that HR specialists have their own challenges.

It would appear that organisations want hard facts before any intervention.

Nicola J, HR Manager with a Fortune 500 company, commented ”women in the workplace are in a double bind, but this also applies within the HR function,which in many companies is now a heavily” female” function. When I did step in to support a female bully victim, I was accused of exaggerating and being too “emotional”.

James P, HR Director of a US Investment organisation, told me in a recent case in his organisation of a woman bullying another woman, his intervention produced 3 words ” heat, kitchen, out ” He too it would seem, was accused of a gender based response of being overly “protective” towards a female employee

Senior level acceptance
However, the one consistent comment was that when there is a tolerance of bullying entrenched at senior levels, it is very difficult to deal with directly. Very often the most effective way of tackling it was obliquely .Manmeet Singh Fox, HR Director at SmithBucklin Corporation elaborates “In some cases it’s a matter of finding the workaround rather than going head on with a bully…”

This is indeed also my own observation. Companies create damage limitation policies, only stepping in when the bottom line is badly hit and key positions remain open for extended periods, departmental goals are not being met or when litigation lurks. In other words when business is negatively impacted.

It is really important for any targets of bullying to de-personalise the situation,  get into business neutral and link their experience to the business and the impact of this situation on their performance.

Ideal World
Manmeet suggests that in an ideal world it is in ” the organization’s best interests to proactively influence stakeholders in the senior ranks with data on the impact of the individual’s bullying behavior (turnover, morale, risk of litigation, etc.), providing org-wide training and demonstrating consistent adherence to existing respectful workplace policies, delivering performance goals, reviews and performance improvement plans which specify expectations and measures of desired behaviors… “.

With the increasing economic influence of women in the market place, there has to be a growing imperative to harness that energy into corporate life, otherwise industry and business will be out of touch with their markets. So corporations are surely ignoring this demographic at their peril. But it seems that they do – until they have to.

Gill Weston adds ” Essentially, both the bully and the bullied need help – whether in the form of guidance and counselling, and/or training and mentoring – and HR should ensure that this isn’t just offered, but taken up. And finally, HR should act to uncover the causes of conflict… this needs to be tackled and a culture of harmony restored“

A maelstrom of confusion
The final theme was one of mixed messages in the workplace, but also a maelstrom of both confused and confusing behaviour. Françoise G,HR Director in a French multi-national shared the caveat about the level of false alarms “Women in corporate life also have to retrain themselves to reduce their emotional reactions to certain workplace situations. I am in no way diminishing the impact of systemic bullying, but while some women rush to the bathroom in tears if their work is even mildly criticised or at some other perceived slight, many genuine cases are not taken seriously, because so many cry “wolf”. ”

Beyond the gender bind
With female graduates storming into the workforce at higher rates than ever before, organisations need to learn how to maximise the performance of this significant demographic and set up training systems and workplace practices in response to this development.

What do you think?

This entry was posted in Bullying by women, Bullying in the workplace and tagged Career Coach Brussels, Dorothy Dalton. Bookmark the permalink.

14 responses to “The Petticoat Polemic: The Role of the Organisation in Bullying”